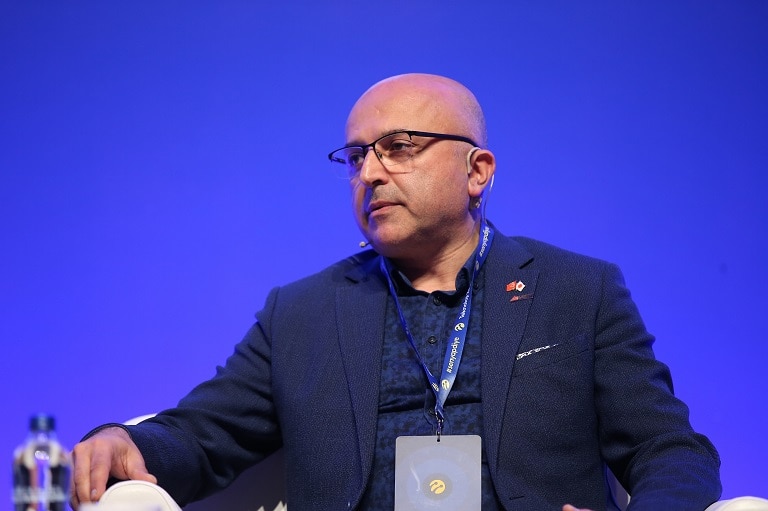 In Turkcell Technology Summit where topics such as big data, artificial intelligence, digitalization, smart homes, smart solutions were discussed by field expertstook place in Haliç Convention Center on 10 April. Organized under the motto "So You Can Do It", in the event Mitsubishi Electric Turkey Factory Automation Systems OEM Business Development Senior Manager Tolga Bizel took his place in the panel titled "From Traditional to Smart Manufacturing Digitalized Industry" panel as a speaker. Telling us that Mitsubishi Electric, pioneer in the fields of electric, electronics and automation, answers Industry 4.0 with its digital and smart factory concept e-F@ctory, Bizel also informed us on the Internet of Things, which forms the basis of digital transformation. Reminding us of the importance of the ability to compete in a global level for sustainable production capability of Turkey, Bizel said, "In order to compete in global markets with global quality and to gain power in export, industrialists need to increase manufacturing quality while optimizing costs. At this point, it is important that they closely follow factory automation sector and make necessary infrastructure investments in order to adapt to new technologies rapidly." 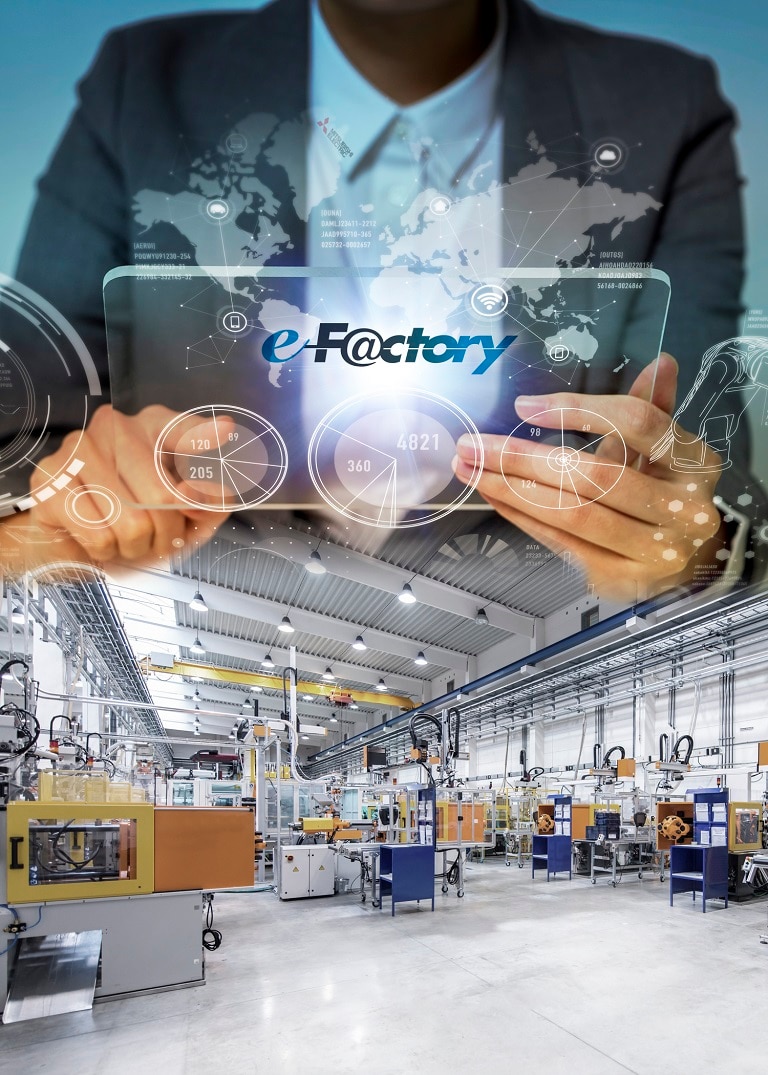 Saying that digital transformation and smart manufacturing systems brought along with Industry 4.0 are concepts that will change societies and global balance, Bizel continued as such; "In the following period where a new manufacturing approach will take place along with interconnected production machines and human interaction; industrialists, cities, governments and researchers are predicted to perform studies in many different fields in order to adapt to the constantly developing and changing competitive environment. For industrialists in production stages, for governments in country and communication infrastructure, for local managements in city infrastructures and for researchers in R&D studies, priority will be to answer the requirements of Industry 4.0. In this period which we can name as Informatics and technology age, smart cities, smart buildings and smart factories are expected to grow in numbers. Technologies such as mobile communication, wearables, smart vehicles, smart homes and Internet of Things will enable broader and more up-to-date data to be made available for companies. At this point, with it becoming easier to reach data and artificial intelligence applications increasing, traditional business models are expected to change. In this transformation period, it is possible to say that digital transformation will become a must for businesses."

Communication and technology gains importance with the Internet of Things

Stating that the concept of "Internet of Things" can be described as objects and goods sharing data by connecting to internet and communicating with humans and themselves over the cloud, Tolga Bizel relayed this information regarding the topic at hand; "Without a doubt, production is in the center of the new industry phase. Together with the topic of Industry 4.0, which has been in the focus of companies and the Internet of Things (IoT) which had a great effect on technology investments of companies, the importance of communication grows even more. At this point, as Mitsubishi Electric we redesign our business models and decide where we should focus our technology investments in order to increase our performance. With the innovative solutions we develop using our deep-rooted legacy of innovation and advanced technology, we transform infrastructures, systems and processes of factories in accordance with the new digital era."

The path to personalized production goes through digital factories

Stating that machines came to a point where they can perceive what is going on around and they can communicate with one another via internet protocols in this age of digital transformation, Mr. Bizel said; "This way it will become easier to adapt to competitive conditions in markets thanks to the ability of optimizing production lines in factories in accordance with personalized requirements. As Mitsubishi Electric, it is possible to build tomorrow's digital factories starting today using our answer to this new industrial phase, e-F@ctory. During this phase, thanks to the ever-increasing data transfer rates between robots and advanced robotics technologies that can communicate with each other, robots can control themselves in a more coordinated and precise fashion. Today, robots can communicate with other products on the production line thanks to e-F@ctory. They are ready to share information within themselves and the main system controlling the factory without human intervention in order to increase efficiency. Because in e-F@ctory concept, all products that make up the factory automation work integrated to one another with open architecture." and ended his words.