Striving to improve the quality of life of societies using its advanced technology for over 95 year within its goal of change for a better future, Mitsubishi Electric has a wide range of service in Turkey just like in the rest of the world ranging from "home to space." Making statements on the brand's activities and goals in Turkey, the President of Mitsubishi Electric Turkey Şevket Saraçoğlu said that they are an ambitious solution partner for air conditioning, automation, elevator, escalator and visual data systems for eco-friendly buildings, factories and infra-structure projects. Stating that Mitsubishi Electric started manufacturing at the end of 2017 by founding the first room air conditioner factory of Europe in Turkey whose potential and power they believe in, Saraçoğlu said they widened their project range for Turkish air conditioner sector as of 2019. Saying that they are ready to prepare the Turkish industry for future digital factories with e-F@ctory concept, the brand's answer to Industry 4.0, Saraçoğlu said they also took the spotlight in projects that affect daily life such as Marmaray project with their automation technologies. Stating that Mitsubishi Electric also takes role in semi-conductors, automotive equipments and energy sector as well as transportation systems in Turkey, Saraçoğlu said the radar technology developed for airports to increase airplane and flight safety within the concept of public services is installed and is currently in use in Antalya airport. Stating that the brand contributes to communication and broadcasting infrastructure of Turkey and neighboring countries with Turksat 4A and 4B satellites, Saraçoğlu said that Mitsubishi Electric, who took part in over 500 satellite projects aims to increase their activities in space systems. 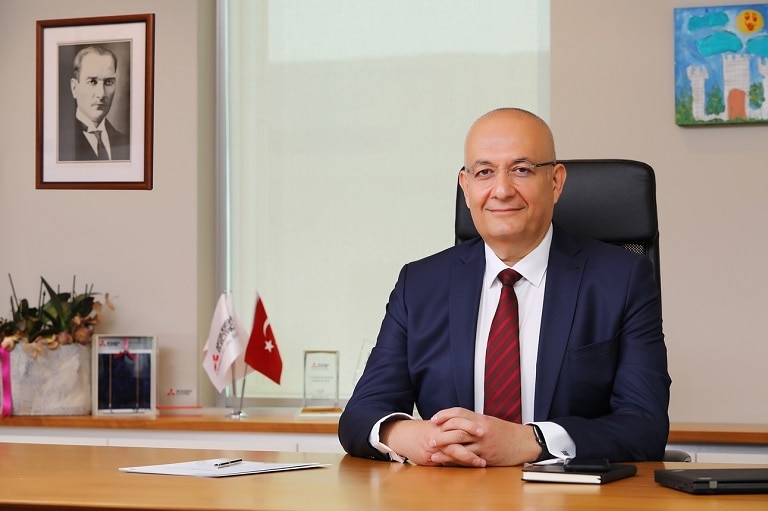 Founded as a company that manufactures electric motors, Mitsubishi Electric draws attention today with their advanced technology solutions that range from "home to space." Stating that they continue as an environment friendly, global company within their corporate philosophy "Changes for the Better", the President of Mitsubishi Electric Turkey, Şevket Saraçoğlu told that the brand strives to increase life quality of societies around the world with their advanced technology for over 95 years. Making statements on Mitsubishi Electric's operations and goals in our country, Saraçoğlu said; "Our brand provides services in many fields in Turkey, from air conditioners to elevators and escalators, factory automation to advanced robotics, CNC mechatronic systems to visual data systems, transportation to energy systems, semi-conductor devices to automotive components, public systems that cover special airport radar technologies to satellite and space systems."

Saying that Mitsubishi Electric has been improving its operations in elevator and escalator sectors in recent years, Saraçoğlu stated; "Providing added value to large global project with its fast, comfortable, safe and high energy efficiency elevators and escalators, Mitsubishi Electric also draws attention with numerous prestigious projects in Turkey as well. With the back-up system used in elevators with specially designed artificial intelligence monitoring systems, elevators are made to stop in the closest floor and passengers are safely evacuated in cases such as earthquake and power outage. Standing out due to their environmentally friendly approach apart from their safety, Mitsubishi Electric elevators provides up to 35 percent energy savings per year with its special system that allows to convert heat energy back into building electric network."

Stating that they come together with industrialists in numerous events that take place in different cities of our country in order to explain them how necessary Industry 4.0 is for Turkish industry, Saraçoğlu said; "We believe we will have increased investment decisions from large scale companies as well as SMEs in Turkey in order to realize Industry 4.0 compatible digital factories. And we strive to get Turkish industry ready for tomorrow's digital factories from today with our e-F@ctory concept. Within the context of this concept, it is possible to build a factory in a way that it can meet all requirements of the new industrial phase and to benchmark the factory and production before actually building the factory in a virtual environment. While continuing our educational support project where we help built robotics education centers in universities' engineering faculties, we also participate in university events to provide a visionary perspective to future engineers."

Investment for robots that cooperate with humans 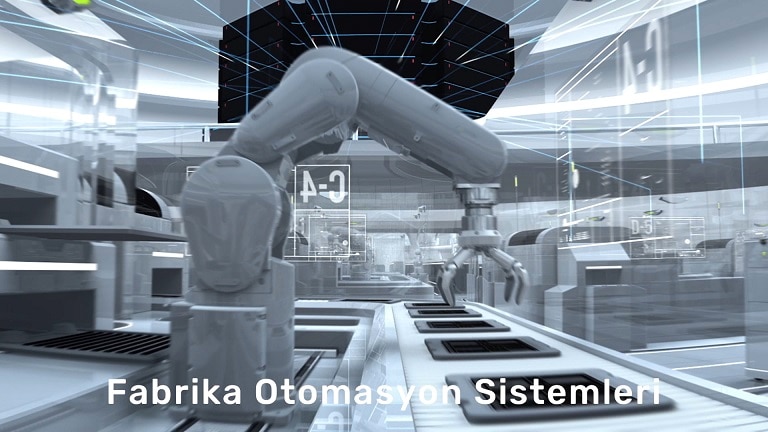 Stating that they will continue developing next generation products and solutions in advanced robotics technologies field from the belief that robots' role in production will rapidly increase, Saraçoğlu said, "Our robots that can do almost any job at the manufacturing line with a level of precision close to that of a human arm and hand can provide added value to factories interns of occupational safety and employee health especially in difficult and dangerous works. For example our collaborative robot series that work in cooperation with humans were designed to work closely with humans in manufacturing environment, in contrary to industrial robots that has to be placed behind a protective barrier due to security concerns."

Stating that Mitsubishi Electric's radar technology developed specifically to increase airplane and flight safety in airports within the context of public systems services is currently being applied in Antalya Airport, Saraçoğlu said; "This radar technology known as Terminal Doppler Lidar System can detect in all weather conditions, not just in rainy weather like traditional systems in order to effectively prevent airline accidents caused by changes in wind."

Stating that Mitsubishi Electric, one of the leading developers in space research and development operations has been the prime contractor or prime sub-contractor for the making of over 500 domestic and international satellites until today, Saraçoğlu said; "Mitsubishi Electric, producer of Turksat 4A and 4B satellites also contributes to communication and broadcasting infrastructure of our nation and neighboring countries."

Stating that Mitsubishi Electric will continue providing all sectors it serves ranging from "home to space" with energy efficient, environment friendly, long lasting and smart products, systems and services incorporated with advanced technology, Saraçoğlu ended his words saying "We are aiming to strengthen our current position with an increasing momentum in all fields we operate in Turkey."