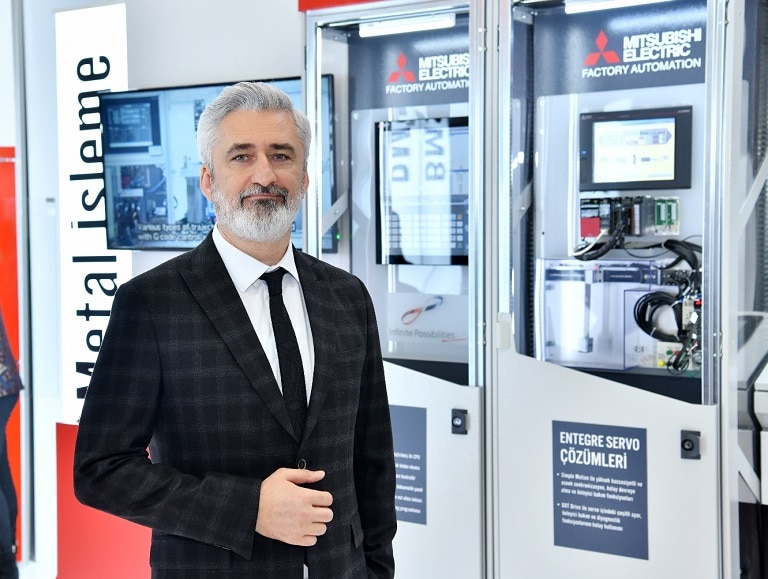 Machinery industry will grow in the age of Industry 4.0

Stating that Turkey is higher on the list compared to numerous European countries in terms of population density, young work force and work quality, Hakan Aydın said; "One of the driving lines of work of our country, the machinery industry will grow stronger during Industry 4.0 era. We, as Mitsubishi Electric, strive to help Turkish industry adapt to rapidly increasing competition conditions with advanced technology innovative products, quality service and spare parts services, project design studies designed with our engineering knowledge and know-how as well as post-sales services which we pay great attention to."

Stating that next generation M80 and M800 series can support systems of up to 32 axis, eight spindle and eight component systems including multi-spindle synchronization control, Aydın also shared this information with us; "The series that incorporate Mitsubishi Electric's problem-free surface control function can optimize acceleration and deceleration of each axis even during automated operation. Enabling higher precision measurements in the same duration or reduced cycle-times with uncompromising precision, the series can even be used in simultaneous, five axis machine operations. M800 CNC control units stand out as a high end control unit designed for high-speed and high-precision machine operations and multi-axis and multi tool system control. Incorporated with the CPU designed specifically for CNC applications, M80 can support up to 11 axis in total. Also provides the ideal solution for high efficiency and ease of use in a wide range of market. The CPU designed specifically for CNC industry by our brand provides increased processing speed on faster and more sensitive surfaces." 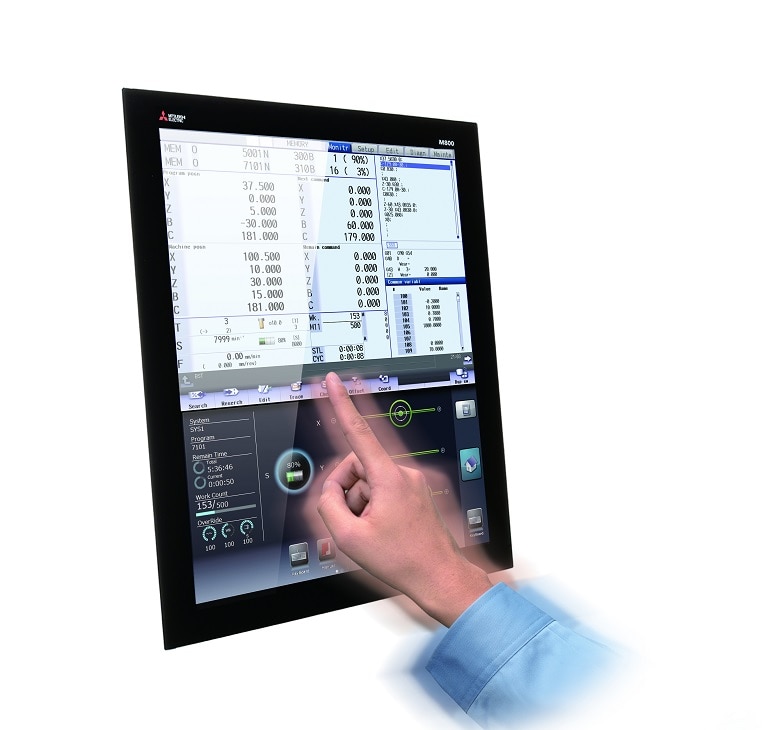 Stating that M80 and M800 series CNC control units stand out with their screen and keyboard design, Aydın said; "The new series streamline the operation of future oriented CNC's that appeal to new generation operators who grew up with technologies such as smartphones and tablets. High resolution screens include; 8.4 inch, 10.4 inch, 15 inch and 19 inch options in the new series. Multi-touch capable capacitive touch-screen panel which is standard for 10.4 inch or bigger screens provide smartphone-like easy and intuitive user experience to both experienced and new operators. This function which brings an end to difficult key presses, each section can be viewed with ease while a menu in another screen can be selected with ease. Also, new screens make daily maintenance a breeze with their long lasting, sturdy glass structure. Horizontally and vertically mountable keyboards are also included in the product ecosystem."

Stating that the new series make it possible store and back-up large-scale, complex machine programs on included USB as well as via SD card, Aydın continued, "With its new Simple View feature, it is possible speed up adaptation period of new and inexperienced users by switching from normal monitor screen to simplified monitor screen while it is also possible to view any occurring alarms during operations in full-screen view mode, thus having more information about the current status of the machine. This way, machine operators can see alarms even when they are away from site, thus having a larger area of control. With user authorization level specification feature, it is possible to minimize errors caused by unauthorized interventions by specifying separate access permission per operator depending on their roles in production."

Stating that M80 and M800 series which are compatible with numerous open network protocols, provide easy integration with the entire factory environment while standing out for their flexibility, Hakan Aydın also said they make it easier to establish a connection among robots, sensors, other equipments and CNC. Aydın said; "In the series which makes it possible to view 3D models in any size and position, part drawings can be viewed post-operation and parts' cutaway views can be viewed. While G Code helper, which is included as standard provides much easier programming advantage; three dimensional graphical control supports both lathing and milling. This way, even complex programs can be control with ease via three dimensional simulations." ending his words.