Mitsubishi Electric Turkey Klima Sistemleri Üretim A.Ş., accomplished to become the top exporter in 2019 among 841 companies in the air-conditioning industry at the Stars of Export Award Ceremony organized by Aegean Exporters' Associations. Launched the production by the end of 2017 in its Manisa plant for designing and production of air conditioners for homes, company continues to produce hi-tech environment-friendly devices in the facility designed with e-F@ctory concept, which is the proprietary response of the Industry 4.0. Underlining that Turkey is a strong country thanks to its geopolitical location, young population and growth potential, Mr. Katsu Wada, President of Mitsubishi Electric Turkey Klima Sistemleri Üretim A.Ş. adds that, besides their export success, they also invest in for the benefit of Turkish people by contributing in domestic market and employment. 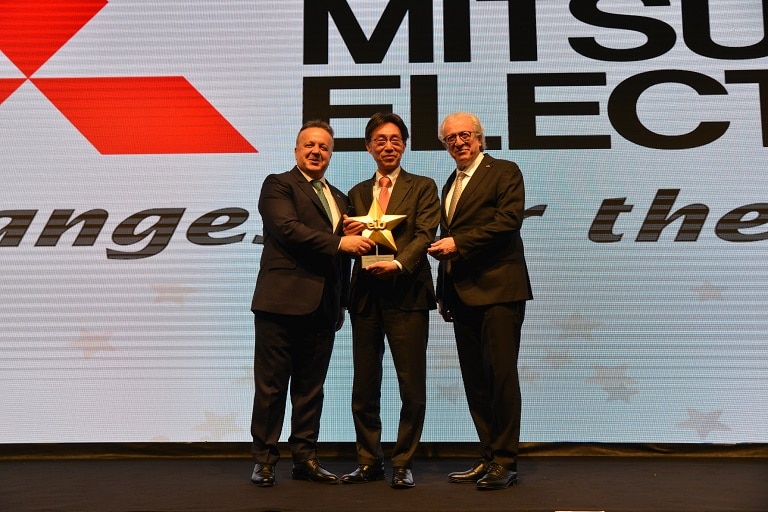 Started productions in December, 2017 in its digital factory established in Manisa Organized Industrial Zone for designing and producing air-conditioners for the homes, Mitsubishi Electric Turkey Klima Sistemleri Üretim A.Ş. presented with the award of the top exporter company in 2019 among 841 companies in air-conditioning industry at the Stars of Export Award Ceremony organized by Aegean Exporters' Associations. Held on February 24th, Monday at İzmir Swissotel, Mr. Katsu Wada, President of Mitsubishi Electric Turkey Klima Sistemleri Üretim A.Ş. received the award on behalf of the Company.

Investment in Turkey with the high growth potential

Stating that the digital factory, designed with the e-F@ctory concept, as the proprietary response of the Mitsubishi Electric to the Industry 4.0, produces high-tech environment-friendly products, Mr. Wada adds that our home-type air conditioner factory, realized with a capital investment of 406.2 Million TRY, established on an area of about 60 thousand square meters, launched production in December, 2017, aims at driving the annual production quantities up to 500,000 sets (combination of indoor and outdoor unit) by the end of March 2021.