As an ambitious player in the factory automation and advanced robot technologies in Turkey, Mitsubishi Electric met the students in the social media live stream event organized by Electric and Electronic Engineering Students' Club of Istanbul Sabahattin Zaim University. Ramping up the online events with the pandemic, Mitsubishi Electric Factory Automation Systems Product Management and Marketing Section Manager Tolga Bizel explained students the contribution of the next generation products and solutions of the brand packed with the cutting-edge technology in the digitalization of the manufacturing.

Unlike movies, robots will not bring an end to humanity 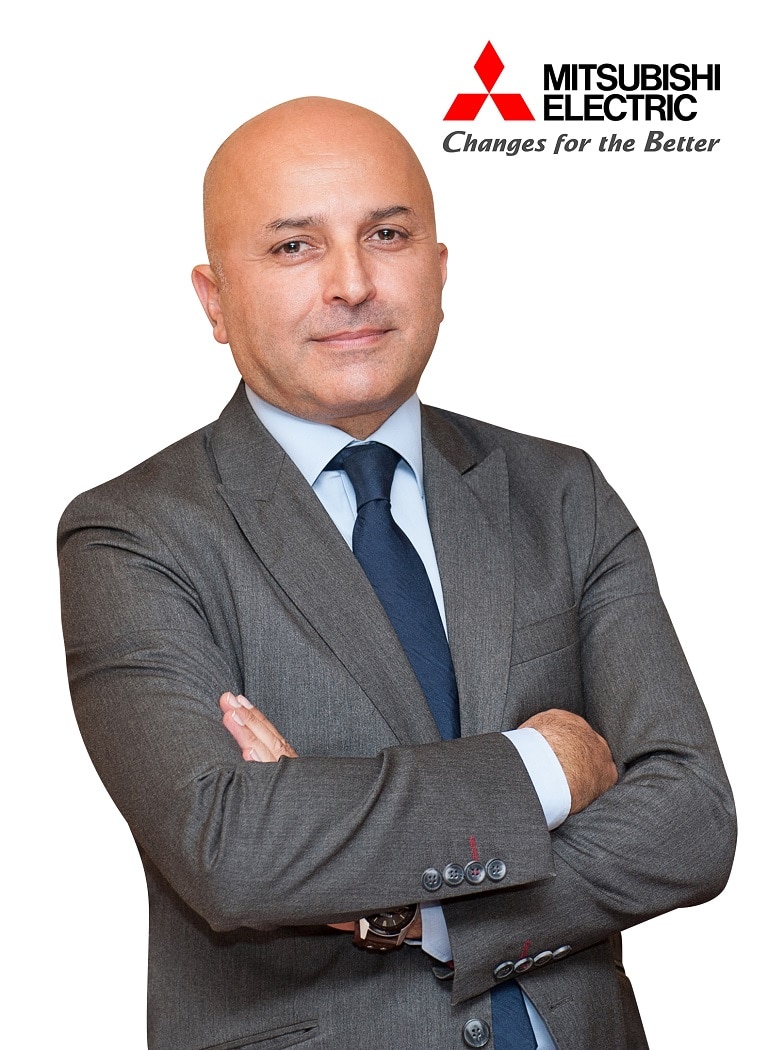 Pointing out that all robots of Mitsubishi Electric have been supported by artificial intelligence since February 2020, Tolga Bizel commented "Unlike the scary scripts of the movies, robots started play the starring role in many areas to make our lives easier. Robots have increasingly been becoming a staple of not only our daily lives such as robotic vacuum cleaners, but also in the manufacturing, capable of interacting with human, self-learning and applying and delivering high levels of performance. Robots are today used in many applications from search engines to image processing technologies, and up to making selections that best suit the consumers. When it comes to the manufacturing, they are used in vital areas such as using system parameters, data analytic, and maintenance-scheduling. Artificial intelligence finds its place at different layers of a facility such as smart sensor level, inside and outside machine, and software managing the factory and cloud. As a result, it becomes possible to have a flexible and efficient production."

Manufacturing that accommodates the changing consumer habits thanks to artificial intelligence

Pointing out that robots have becoming rapidly widespread, and things in factories being done increasingly different than past, Tolga Bizel continued: "Conventional robots which perform routine works cannot adapt to the changing consumer habits. But, our robots supported by Artificial Intelligence is capable of intervening in the system from beginning to the end. Our robots can even provide designer insights about a more effective design. Driven by the future vision that robots will rapidly start playing bigger role in production, we, as Mitsubishi Electric, are developing next generation products and solutions in advanced robot technologies. In the future, we are dreaming about robots which can move around the factory, instead of fixed robots, see surrounding via its camera, hold the product in the best capacity, collaborate with humans and more importantly, will not enter collision course with personnel. Currently, our robots at our Kani factory in Japan, robots are working completely in collaboration and harmony with humans."

High efficiency with next gen technologies in Artifical Intelligence-based factories

Noting that they use artificial intelligence in three different forms as deep learning, reinforced learning and big data analysis, Bizel said they are implementing all these applications under the trademark of MAISART, explaining: "Thanks to MAISART, an acronym of the Mitsubishi Electric’s AI creates the State-of-the-ART in technology, artificial intelligence-based factories and facilities now have reduced downtimes and significantly improved efficiency. Employing machine learning algorithm, this technology analyses sensor data, followed by a model creation to switch among different operational conditions. As the data analysis is done instantly, it is possible to shift to robots to a new working pattern swiftly, when necessary."

Failure prediction enables effective use of the workforce

Besides manufacturing and image processing, they also use robots in diagnostics, Mr. Bizel continued: "Thanks to our robots enhanced by the artificial intelligence, it is possible to avoid unnecessary downtimes, refer the products to the maintenance, and, when a failure occurs, takeover the load of a failed robot. Failure prediction and instant communication to operator enable increased cost effectiveness and manufacturing efficiency, as well as more effective use of the workforce."

Underlining that the cyber security has become important with the digitalization, Tolga Bizel speaks of their works on elimination of security gaps in the manufacturing, and concluded: "Added costs and loss of time incur while delivering and processing data at external cloud. We are solving the security issues on-site thanks to our technologies, developed in our R&D centers, upgraded with new Artificial Intelligence algorithms. Therefore, considerable time and cost savings achieved as it eliminates the need to transfer processed data to the cloud and retrieve them back from cloud, making it possible to ensure a high-level security."